Just as how its predecessor Erginus takes obvious inspiration from Godzilla, Archelus bears more than a slight resemblance to the former's kaiju co-star Anguirus.

Archelus is a heavily-armored kaiju enemy encountered throughout Earth Defense Force 5. While it is slightly shorter than the 72 meter-tall Erginus at 69 meters, it is roughly equal in terms of toughness and considerably more dangerous. Archelus attacks by performing a bodyslam, curling into a ball and rolling around the area, and launching exploding rock-like structures on fire from its back.

Archelus first appears on a mission where the EDF confronts and kills an Erginus using its EMC tanks. Suddenly, Archelus rushes into the stage and attacks the EDF forces, proving resistant to the EMCs' lasers which had slain Erginus. Archelus reappears throughout the game as an unkillable enemy, which will at times appear on stages after the player has killed a set number of smaller enemies. Archelus cannot be killed in battle until later in the game due to its instant recovery capability, after the EDF has recovered a gigantic mech known as Gigantic Unloader Barga and brought it to a factory area. Barga confronts Archelus on this stage and successfully kills it. However, numerous Archeluses appear on a stage late in the game after a battle between several Bargas and an army of Cosmonauts and Erginuses. They will attack the surviving Bargas and EDF soldiers, but more Bargas will be dropped into the stage for the player(s) to commandeer. These Archeluses can then all be defeated using the Bargas. 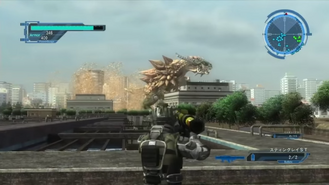 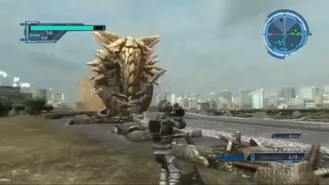 "Ha, I shall prove I am not Anguirus by rolling, a thing he is not known for doing!" 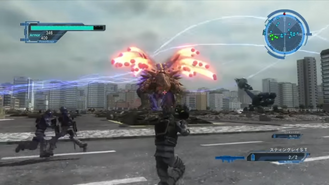 Ok, well this is new. 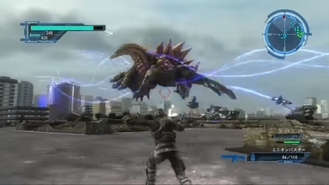 After this he was banned from all EDF-owned swimming pools. 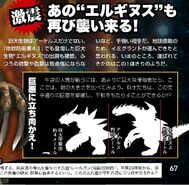 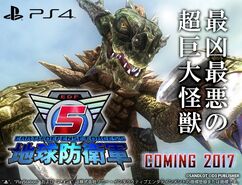 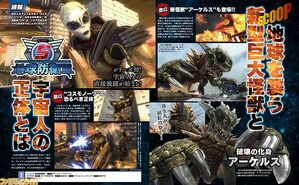 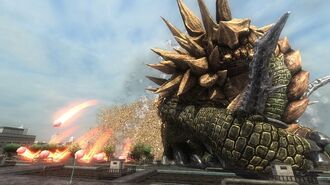 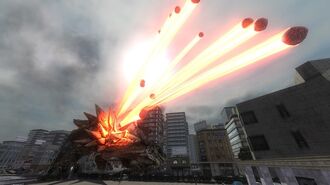 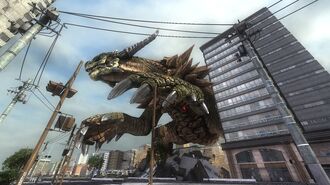 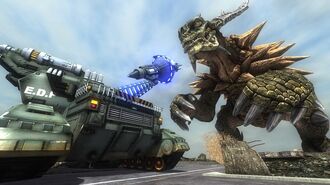 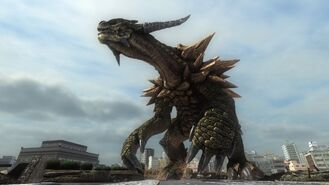 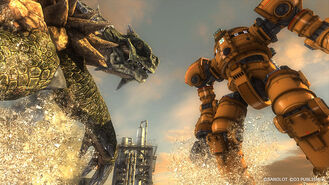 Archelus confronted by a Barga
Community content is available under CC-BY-SA unless otherwise noted.
Advertisement